Realme Book laptop and Realme Pad tablet will be the two new upcoming products from the company, as per leaked images. Realme recently teased a laptop and a tablet, both of which will be the company’s first in their respective categories. The leaked images not only hint at the names of the products but also show their design. The Realme Book images are reportedly of a prototype device and Realme Pad seems to have an iPad-like design. It is speculated that the two products will be launched during the Realme GT 5G smartphone’s global launch this month.

As per the leaked images obtained by Android Authority, Realme is expected to soon launch a laptop called Realme Book and a tablet called the Realme Pad. Yesterday, Realme India and Europe CEO Madhav Sheth teased an upcoming laptop and company CMO Francis Wong teased a tablet. Now, images for both devices have surfaced, showing the design of Realme Book and giving a glimpse of Realme Pad. 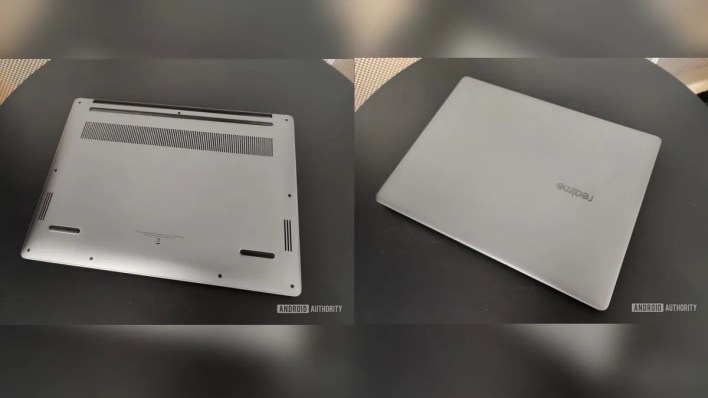 Realme Book may be the name for the company’s first laptop
Photo Credit: Android Authority

Starting with the laptop, the teaser shared by Sheth suggested that the laptop has been inspired by the MacBook design and it seems like the name has as well. Realme may call its laptop Realme Book which, as per the report, will have an aluminium body and a 3:2 aspect ratio display. The images show what seem to be speaker grilles at the bottom with holes for ventilation. There are slim bezels surrounding the screen and a Realme logo on the top. The report states this is a prototype of the Realme Book so it should be noted that the final product may not be exactly represented here.

Coming to Realme Pad, company CMO Francis Wong asked fans on Twitter what the new Realme tablet should be called — Realme Pad or Realme Tab. At the time of writing, Realme Tab received the majority of votes at 50.6 percent but it seems like the company prefers Realme Pad. But that might change when the actual launch takes place. There is only one image for Realme Pad and it shows the side profile of a slim tablet with sharp edges reminiscent of the iPad Pro, as well as a small bump from the camera module. 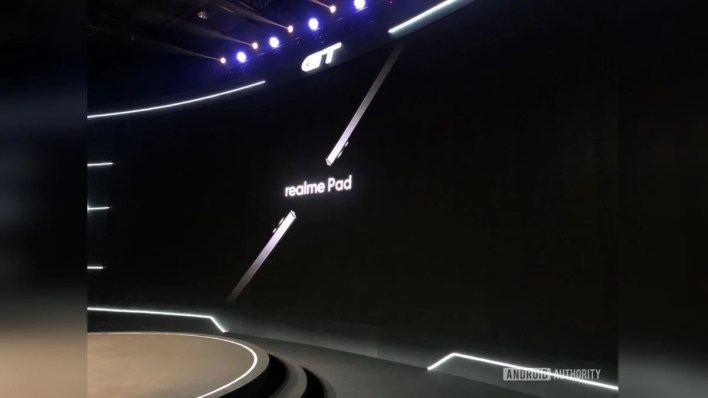 Realme Pad may be the name for the company’s first tablet
Photo Credit: Android Authority

The Realme Tab image comes with the ‘GT’ moniker at the top suggesting the company could unveil its laptop and tablet at the Realme GT 5G global launch scheduled for June 15.

It’s an all television spectacular this week on Orbital, the Gadgets 360 podcast, as we discuss 8K, screen sizes, QLED and mini-LED panels — and offer some buying advice. Orbital is available on Apple Podcasts, Google Podcasts, Spotify, Amazon Music and wherever you get your podcasts.

Vineet Washington writes about gaming, smartphones, audio devices, and new technologies for Gadgets 360, out of Delhi. Vineet is a Senior Sub-editor for Gadgets 360, and has frequently written about gaming on all platforms and new developments in the world of smartphones. In his free time, Vineet likes to play video games, make clay models, play the guitar, watch sketch-comedy, and anime. Vineet is available on vineetw@ndtv.com, so please send in your leads and tips.
More

Playdate Is an Upcoming Handheld Console That Comes With Free Games, Unique Crank: All You Need to Know