Realme C20A design, colours, and a few specifications have been teased by the company on its Bangladesh Facebook page. The phone will likely be next in line after the just launched Realme C11 (2021). The company previously teased the Realme C20A with a poster that said it is coming soon with a 5,000mAh battery. Now, the company has shared a short video showing off the phone hands-on. It has a notch for the selfie camera and a thick chin as well.

Realme posted a short video on its Bangladesh Facebook page teasing the upcoming Realme C20A. The video shows the design of the phones, its colours, display size, SoC, and the battery capacity. The Realme C20A has a notch for the selfie camera and what seems to be a single rear camera housed in a square module. The phone features a 6.5-inch display and is powered by the MediaTek Helio G35 SoC. There are thick bezels on all sides, especially the chin. The Realme C20A is backed by a 5,000mAh battery and will be offered in grey and blue colours. 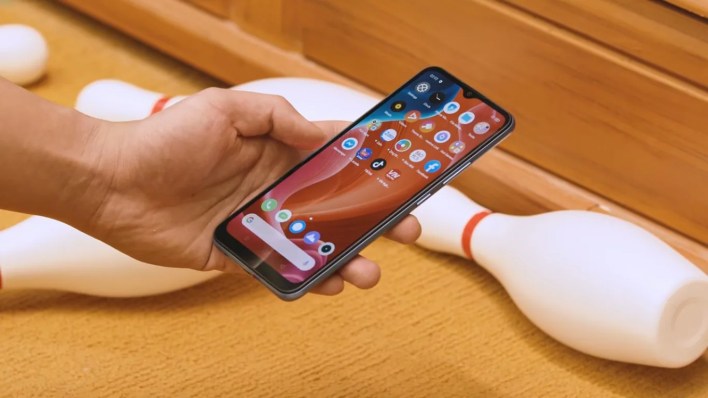 Realme has not shared the release date for the Realme C20A yet and the phone will be unveiled in Bangladesh first. It is unclear if it will be released in other regions as well. The company launched the Realme C20, Realme C21, and the Realme C25 in India earlier in April and it is likely that the Realme C20A will come to the Indian market as well.

Is Mi 11X the best phone under Rs. 35,000? We discussed this on Orbital, the Gadgets 360 podcast. Later (starting at 23:50), we jump over to the Marvel series The Falcon and the Winter Soldier. Orbital is available on Apple Podcasts, Google Podcasts, Spotify, Amazon Music and wherever you get your podcasts.

Vineet Washington writes about gaming, smartphones, audio devices, and new technologies for Gadgets 360, out of Delhi. Vineet is a Senior Sub-editor for Gadgets 360, and has frequently written about gaming on all platforms and new developments in the world of smartphones. In his free time, Vineet likes to play video games, make clay models, play the guitar, watch sketch-comedy, and anime. Vineet is available on vineetw@ndtv.com, so please send in your leads and tips.
More

Google I/O 2021: How to Watch Livestream, Keynote Timings, What to Expect