The Samsung Galaxy F62 is a new mid-range smartphone, and only the second model in the recently introduced F series. Samsung is heavily marketing the processing power of this phone since it has used its previous-generation flagship SoC, last seen in the Galaxy Note 10/ Note 10+ for this model which is priced much lower. It’s a good move, even though Samsung is playing catch-up to companies such as Realme and Xiaomi, which have been using premium SoCs in mid-range phones for a long time. Still, better late than never.

Besides the powerful processor in the Galaxy F62, you also get an AMOLED display, a good set of cameras, and a massive 7000mAh battery, all for a starting price of Rs. 23,999. It’s time to see how the Galaxy F62 stacks up against the competition, both from other manufacturers and from Samsung’s own stable.

The Galaxy F62 looks good. The blue colour gradually transitions to silver towards the bottom of the rear panel. The back and frame are built from plastic but this phone still manages to feel sturdy. However, the glossy plastic back picked up scuff marks within the first few hours of using it. There’s no case in the box, which is something Samsung should have provided.

From the back, the Samsung Galaxy F62 looks unique for a Samsung phone. However behind these cosmetic changes, the dimensions are actually identical to those of the Samsung Galaxy M51 (Review). It’s a thick phone at 9.5mm, and it’s heavier than the Galaxy M51 at 218g. Even the button placement and port layout are similar. You get a side-mounted fingerprint sensor and a headphone jack beside the USB Type-C port at the bottom. 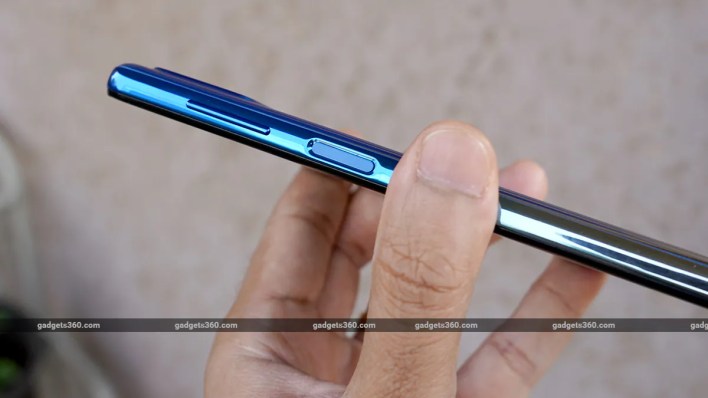 The display specifications are more or less identical to those of the Galaxy M51 too. It’s a 6.7-inch, full-HD+ Super AMOLED Plus panel with a 60Hz refresh rate. Considering that it’s not uncommon to find a 90Hz refresh rate and even an in-display fingerprint sensor in phones that cost a lot less, I’m disappointed that the Galaxy F62 has neither. You do get a hole-punch cutout in the top-centre of the display, which offers endless possibilities for using creative wallpapers.

As I mentioned earlier, the highlight of the Samsung Galaxy F62 is the Exynos 9825 SoC. We’ve seen it easily handle a QHD+ resolution display and 4K 60fps video recording in the Galaxy Note 10+, so the comparatively modest features of the Galaxy F62 should not pose much of a challenge. The phone also has dual-band Wi-Fi ac, Bluetooth 5, NFC for Samsung Pay, and the standard suite of sensors and geo-positioning systems for navigation. The Galaxy F62 is a 4G-only phone but this shouldn’t really deter you from considering it, since 5G is not yet a reality in India.

The Samsung Galaxy F62 runs the company’s latest Android skin called One UI (3.1), which is based on Android 11. It’s nice to see the latest version of Android being offered out of the box, rather than having to wait for an update. It’s pretty much the same experience you’d get with any Samsung phone released in the past year or so. There are a mix of Samsung and Google apps preloaded, along with others such as Netflix. 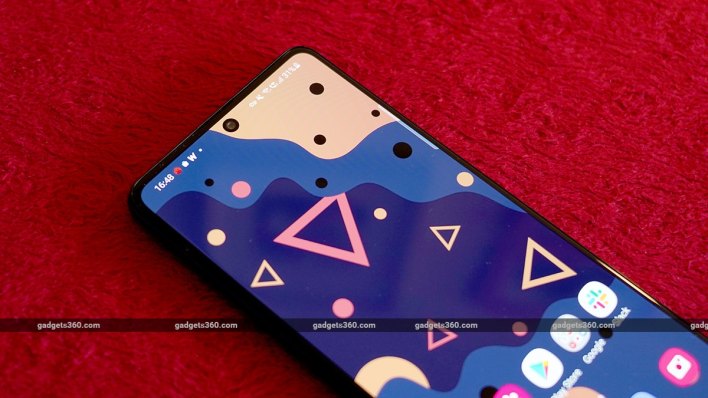 One UI 3.1 looks nice and runs well on the Samsung Galaxy F62

The interface is clean and relatively free from unwanted spammy notifications, provided you’ve made the conscious effort to uncheck the boxes for receiving marketing information during initial setup or when you open some of Samsung’s apps for the very first time. Sadly, ads seem to be present in the weather and Game Launcher apps, which is something I noticed even on the flagship Galaxy S21 Ultra (Review). These aren’t too intrusive, but advertising in stock apps is definitely not something we should have to live with.

It’s been about a week since I started testing and using the Samsung Galaxy F62, and overall, I’ve not had any major complaints. The vivid display and really strong battery life are two things that really stand out. Samsung’s AMOLED panels are among the best in the industry, and the one used on the Galaxy F62 has excellent brightness and very good colour saturation. The default colour profile was a bit jarring at first but I got used to it. You have the option to tweak the colours in the software.

Battery life is another big win for the Samsung Galaxy F62. It has a 7,000mAh battery, just like the Galaxy M51, and comes with a USB Type-C 25W fast charger in the box. The phone easily lasted me close to two full days even with heavy usage, which was impressive. The Galaxy F62 also ran for a solid 25 hours in our HD video loop test. Even with 25W charging, it takes around two hours to fully charge this phone, which isn’t particularly quick but even an incomplete charge will go a long way. 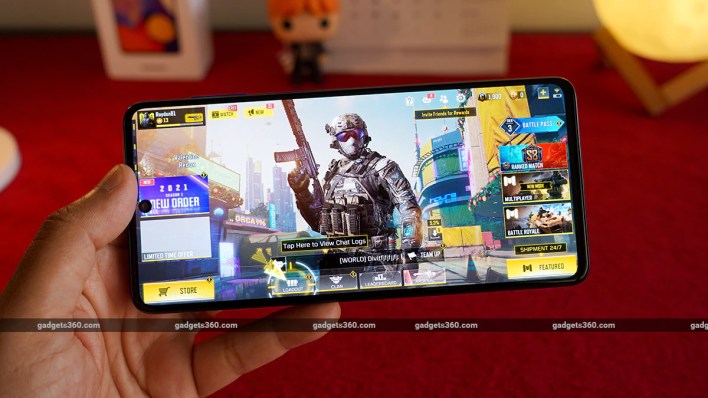 Samsung’s latest Android skin coupled with the powerful SoC makes for a smooth usage experience. One UI looks slick, switching between apps is snappy, and the phone doesn’t heat up with regular use. Games run just fine too. Titles such as CSR Racing 2 and Call of Duty: Mobile look great and run well.

You can install plugins in the One UI Game Launcher for displaying temperature and framerate stats in games, and there’s also the ability to block notifications with Priority Mode. Playing taxing 3D games does cause the back of the phone to get warm but I never noticed any unbearable levels of heat. The phone can get momentarily sluggish if you try and immediately switch to another app after a long gaming session, but this wasn’t a consistent issue.

While I do wish Samsung had given us an in-display fingerprint sensor, the capacitive one works just fine. Face recognition works well too, although it’s not as quick as using the fingerprint sensor. The single speaker is decently loud but you’re better off using headphones since the Dolby Atmos enhancement sounds really good, for both wired and wireless headphones. Thanks to good viewing angles, the Samsung Galaxy F62 is also great for media consumption. Videos look very good and the phone can stream HDR videos off YouTube too, even though Samsung doesn’t advertise HDR as a supported feature. 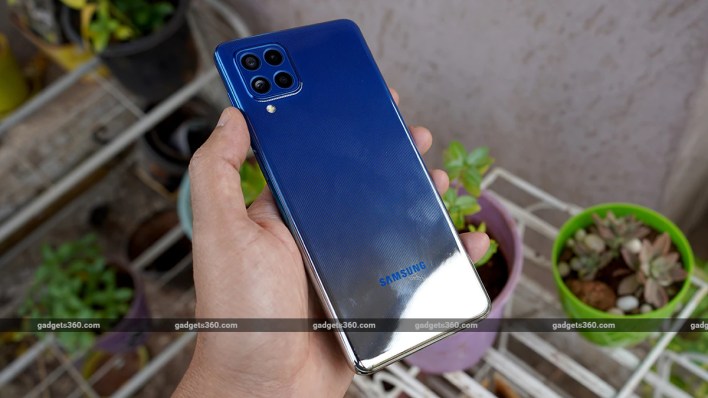 The cameras on the Samsung Galaxy F62 are good for daylight shooting, but struggle in low light

The cameras on the Galaxy F62 have been borrowed from the Galaxy M51 too. At the back, we have a 64-megapixel primary camera, a 12-megapixel ultra-wide camera, and two 5-megapixel cameras for depth sensing and macro shots respectively. In the front, there’s a 32-megapixel selfie camera. The camera features are also strikingly similar between the two phones, apart from minor differences such as 480fps slow-motion recording on the Galaxy F62 versus 240fps on the Galaxy M51. What’s surprising is that there are no 60fps video recording options at any of the resolutions, for the front or rear cameras.

In the daytime, the main and ultra-wide cameras on the Samsung Galaxy F62 capture good quality images. Photos captured with both these cameras have very similar colour tones and HDR balances exposures very well. You can expect minor barrel distortion with the Ultra-wide camera. Details in low-light photos aren’t the best, but Night mode helps improve this a bit. 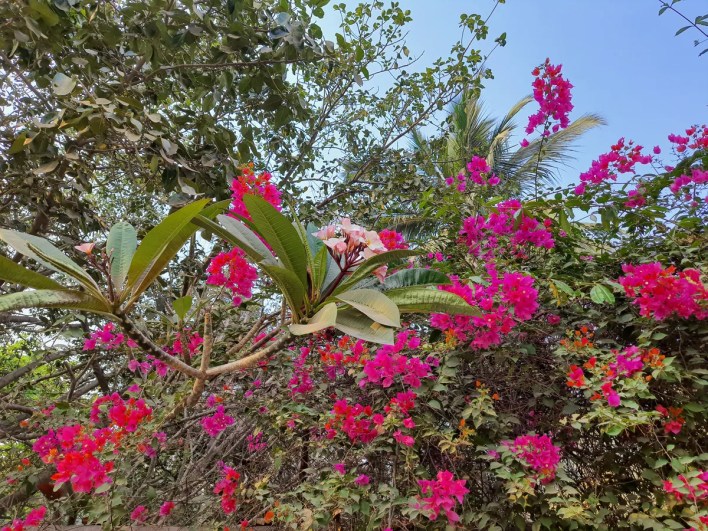 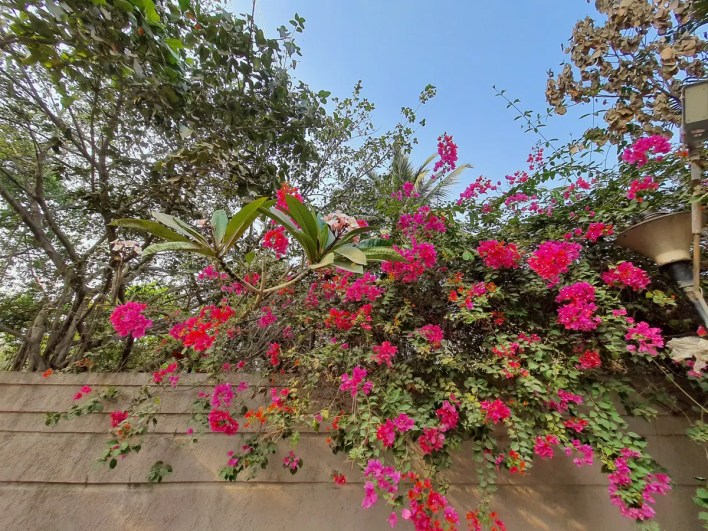 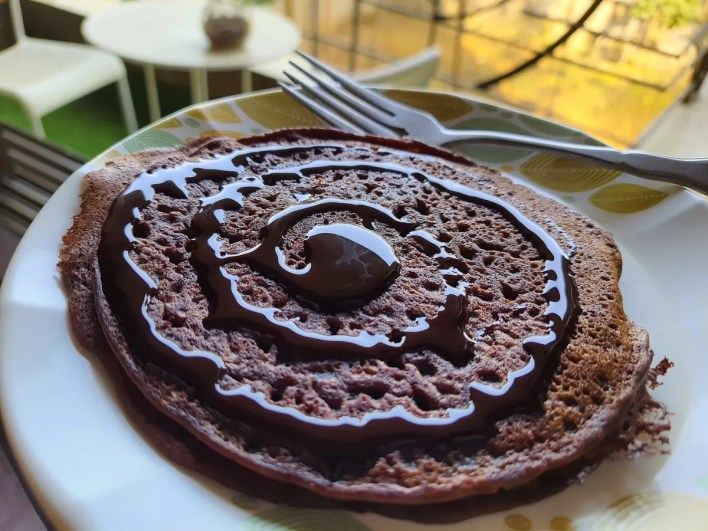 Close-ups have very good detail with a natural background blur. Even shots taken indoors at night are generally clean with good colours, but lack good detail. The macro camera does a surprisingly good job during the day but it’s best avoided in situations without adequate light. Portrait mode works well too, and you get various background filters to play with. There are a tonne of other shooting modes on offer such as Single Take, Portrait Video, Pro, AR Doodle, etc, which we’ve seen in many other recent Samsung phones too. 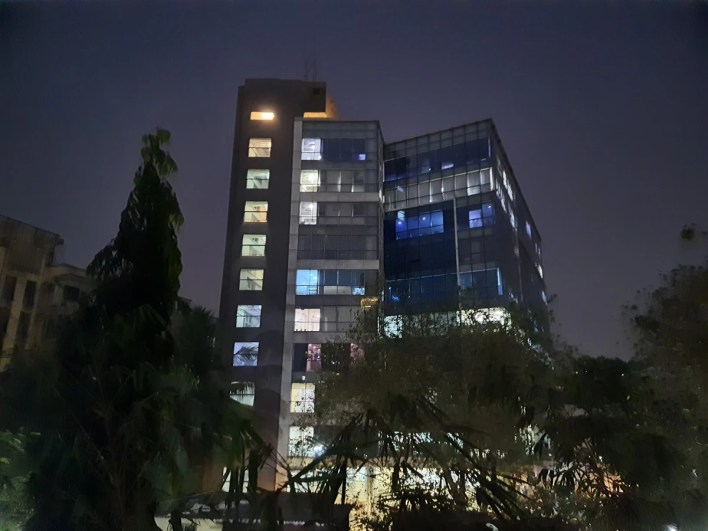 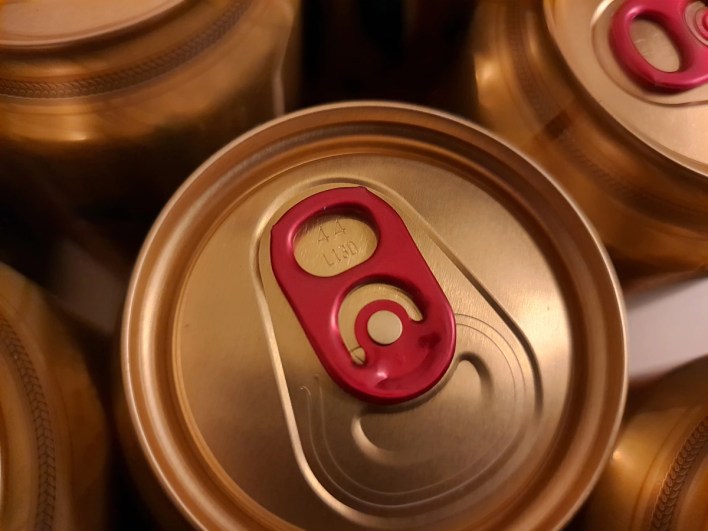 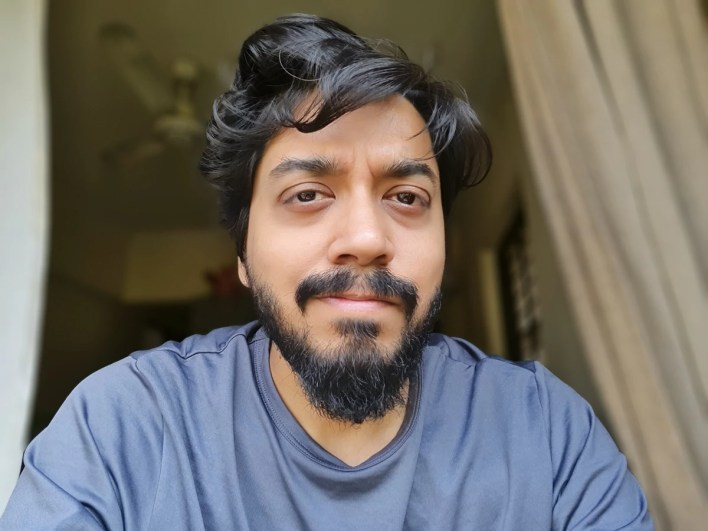 The front camera captures good-looking selfies under natural light. You can apply various beauty filters but these are best left unused in my opinion. 4K selfie videos look decent too, but these aren’t stabilised. Selfies shot under artificial light were quite disappointing, as most of them had unnatural skin tones.

All the cameras on the Samsung Galaxy F62 do above-average jobs when shooting in daylight. Low-light performance is a little weak, especially when it comes to videos.

The launch of the Samsung Galaxy F62 has essentially killed off much of the appeal that the Galaxy M51 has so far had, in my opinion. For about Rs. 2,000 more for either variant, the Galaxy F62 offers a much faster SoC and Android 11, plus exactly the same other features that are offered in the Galaxy M51. While the Galaxy F62 performs well overall, battery life is an area where it really excels. If you want a phone that can easily last for more than a day even with very rigorous usage, you should consider it.

On the other hand, there’s no shortage of good smartphones under Rs. 25,000 these days. MediaTek’s new Dimensity SoCs are definitely worth keeping an eye on, and are not only 5G-ready but offer very competitive performance to Samsung’s Exynos 9825 SoC. Qualcomm’s mid-range 5G options are equally efficient. The Realme X7 5G, OnePlus Nord, and Xiaomi Mi 10i are some of the noteworthy offerings in this price category. These phones might not have the same marathon battery life as the Galaxy F62, but they do offer useful features such as 5G, faster charging, in-display fingerprint sensors, and high-refresh-rate displays.