Many of us have spent a lot more time in front of our computers in 2020 than ever before, thanks to lockdown conditions and completely changed dynamics around work, communication, education, and even leisure. Our technology has kept us all connected, and the industry has largely kept pace with these changes. In fact, we’ve seen increased demand for computer hardware, in the form of components as well as pre-built PCs and laptops despite overall economic slowdowns, because these are now essential items.

Production and distribution have been impacted to some extent and prices in India have continued to escalate thanks to taxes and currency value fluctuations. However, most hardware takes years to develop, with plans laid out well in advance, so thankfully the pace of innovation has continued as usual. It’s also clear that 2020 has seen a spike in PC sales, largely thanks to remote work.

Here were the biggest stories of the year, from products launched to corporate mergers, security breaches, future roadmaps, and more. We’re looking at the movers and shakers of the PC industry, in no particular order. 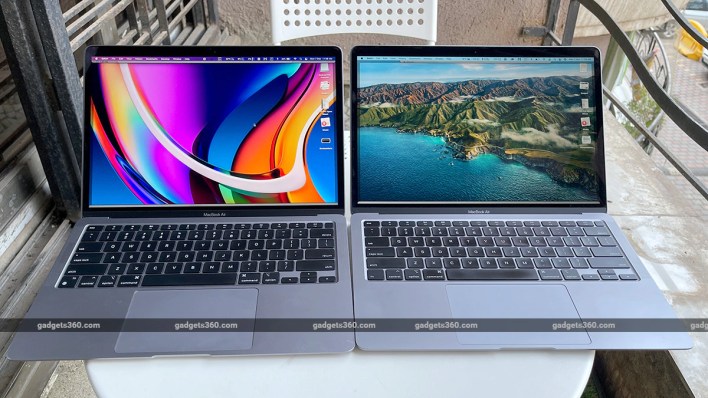 Apple Silicon shakes up the industry

A story that will continue to play out for several years was Apple’s huge move to in-house CPUs. Switching from Intel’s commodity chips and the industry-standard X86 architecture to completely custom-designed ARM-based processors is no small achievement. The switch had been rumoured and leaked for years, but when Apple announced its architectural achievements at WWDC in mid-2020 and then unveiled the first PCs using its in-house M1 chip, it’s safe to say that most people were pleasantly surprised by the end result.

The new MacBook Air, 13-inch MacBook Pro and Mac Mini look exactly like their predecessors, in a deliberate move to focus all attention on their insides. There’s no huge disruptive transition here; if you use everyday apps you might not even notice anything different, since Apple controls all its own software. Rosetta 2 makes software emulation mostly painless, and macOS 11 Big Sur is expertly optimised for the new hardware. Moreover, you can now run many iOS apps on an M1-based Mac.

Pro users can choose to wait a while, since Intel-powered Macs aren’t going away entirely for a few more years, but based on what we’ve already seen, more powerful Apple Silicon processors are on the way and things are sure to get even more interesting.

Perhaps anticipating Apple’s success, it seems that Microsoft is also interested in commissioning custom ARM-based SoCs for its Surface lineup to give its Windows on ARM efforts a boost. The next few years could see the breakdown of X86 as the de-facto PC architecture standard.

On a different note, Apple finally launched its online Apple Store in India, offering direct sales to consumers along with expanded hardware configuration options, customer service, and even Today at Apple learning sessions. Apple even offered its first holiday deal in India, though it was short-lived. This is an important step before physical retail locations open, hopefully in 2021. 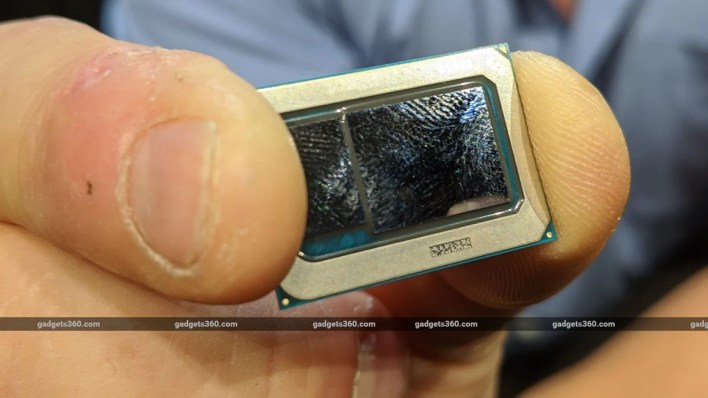 Intel stumbles but has a clear path forward

Intel’s struggles with 10nm production over the past five years or so are painfully well documented, and the company announced this year that it’s now expecting significant delays to the next 7nm node as well. While rival AMD has been churning out 7nm CPUs for over a year now, Intel won’t be able to till late 2022 at the earliest. The fallout of this change included the departure of Intel’s Chief Engineering Officer Murthy Renduchintala and a major organisational restructuring. More importantly, Intel has finally had to concede that its own manufacturing capabilities aren’t competitive enough, and it will turn to external foundries such as TSMC for some of its future needs. Compounding that, another severe and unpatchable Load Value Injection security vulnerability was discovered.

It wasn’t all bad news though; Intel claims that its existing processes are refined and efficient enough to serve current needs. The 11th Gen ‘Tiger Lake’ series launched this year was said to offer “greater than generational” leaps in performance plus improved battery life, while the 10th Gen Comet Lake-S desktop lineup raised the bar especially for gaming. Intel also disclosed its Foveros 3D stacking technology, ‘SuperFin’ transistor design, and a new modular approach that lets it mix and match heterogenous cores as well as other logic blocks, and adapt designs to different manufacturing nodes more easily.

The first Intel NUC laptop kit shows how the company wants OEMs to position its offerings. The Intel Evo platform branding has been introduced to establish a standard for high-end ultraportables, and a whole new visual identity could inject some life into the brand.

There’s also plenty to look forward to. Intel hosted virtual Architecture Day and Labs day events this year. The latest Xe GPU demos and roadmaps were announced, including a new plan for an enthusiast-class discrete gaming GPU with hardware ray tracing in 2021. The upcoming ‘Rocket Lake’ architecture will backport Intel’s newer 10nm architecture to 14nm for desktops. Following that, ‘Alder Lake’ will combine high-power and high-efficiency cores in mainstream PCs for the first time . The hybrid ‘Lakefield’ CPU is now shipping, and is used in the pathbreaking Lenovo ThinkPad X1 Fold.

On the research and development front, there have also been advances in neuromorphic computing, cryogenic quantum control chips, and integrated photonics for data centres.

Finally, Intel pushed out its Thunderbolt 4 standard which is all set to become much more commonplace thanks to the fact that USB4 is essentially the same standard, but with looser restrictions on implementation. The updated standard supports 40Gbps throughput and 100W power delivery. Anyone can now implement Thunderbolt, so it should become common on AMD-based platforms. It’s also integrated into many recent Intel CPUs. 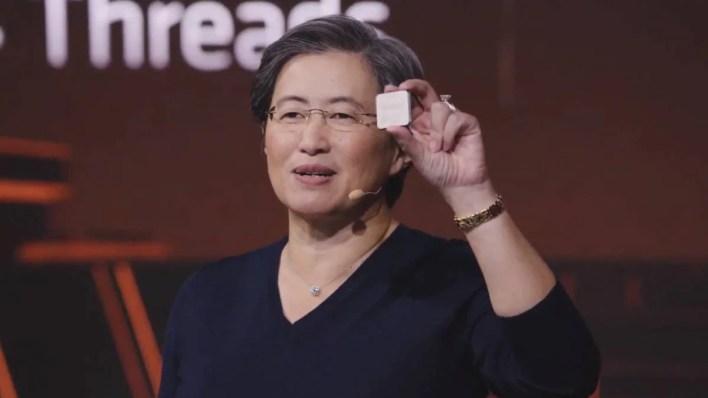 Continuing its stellar run, AMD released the first of its ‘Zen 3′ architecture-based Ryzen 5000 desktop CPUs this year. At the high end, AMD established that it could take on Intel’s best competitors at both single-threaded and multi-threaded tasks. Performance has seen a major improvement, but prices have gone up across the board and stocks have been scarce, leading many people to feel that the value equation has in fact tilted back in Intel’s favour in many segments. Older Ryzen 3000 series CPUs and the minor Ryzen 3000 XT series refreshes have also seen price spikes due to supply and demand issues.

On the graphics side, AMD started the year with the mid-range Radeon RX 5600 XT and followed up with the Radeon RX 6000 series, attempting to take the 4K performance crown. Based on the new RDNA 2 architecture which also underpins the custom AMD chips designed for this year’s PlayStation 5 and Xbox Series X|S consoles. AMD now offers ray tracing, and an equivalent to Nvidia’s DLSS upscaling tech is expected soon. AMD’s downfall though remains pricing and scarcity, with few options available in India at inflated rates.

AMD’s Ryzen 4000-series laptop processors have been in high demand this year, especially in gaming laptops. The company has won plenty of fans thanks to competitive performance and good pricing. AMD is also hoping to capitalise on its CPU and GPU tech together with SmartShift, which can dynamically manage power and heat between all the major components of a laptop, but only one such model was launched in 2020. 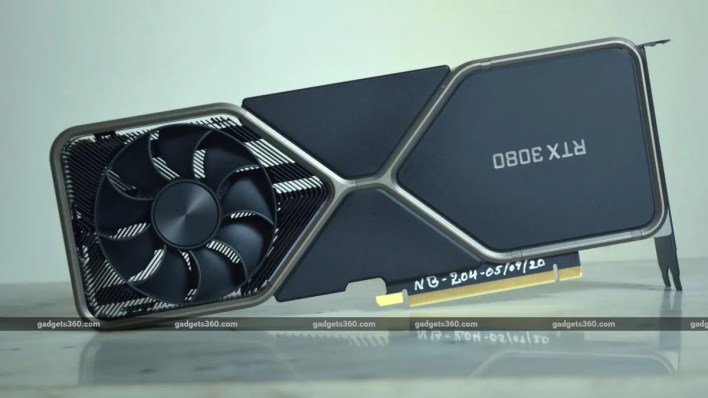 Nvidia released its GeForce RTX 2000 Super series for laptops at the beginning of the year, with GeForce RTX 3000 GPUs debuting more recently. Performance is of course far better than before, with these new models raising the bar at each price level. Nvidia’s own Founders Edition graphics card got a major makeover with exotic double-sided coolers and high-end materials. Especially in India, direct retail through a distributor means that Founders Editions cost much less than third-party cards, leading to a spike in popularity.

GeForce Now, Nvidia’s cloud gaming service, opened to the public in early 2020 and Gadgets 360 was able to test its performance in India. While the experience wasn’t seamless and workarounds are needed to deal with geographical restrictions, high-end games are still quite playable on low-specced PCs and Macs, and even Android phones.

In a move that goes beyond the PC space, Nvidia made a staggering $40 billion offer to buy ARM Holdings, the company behind the ARM architecture, which powers billions of smartphones, embedded and infrastructure devices, PCs, servers, cars, and IoT products. If the deal passes regulatory approval, it will mean an enormous shakeup especially in terms of AI and cloud computing.

As expected, PS5 pre-orders all sold out in minutes

8 Great Gifts for Gamers Under $50