Cyberpunk 2077 players are reporting that if their save files become too big they get corrupted. As per a report, if the save file exceeds 8MB size, the players cannot load it and they get an error message. CD Projekt Red’s much-awaited action-RPG title has become quite infamous owing to the numerous bugs that have been reported online since the launch of the game. The company has already released two hotfixes since its launch on December 10. In a recent development, the game was pulled off from PlayStation Store by Sony following several reports of bugs and disappointing console performance.

As per the information shared on Reddit and CD Projekt RED forums, Cyberpunk 2077 has 8MB size cap on saved files. The users whose file size exceed the limit are greeted with a message saying their saved file is damaged and cannot be loaded. The size of the saved file is increased if a user has picked up too many items and craft materials. It’s quite bizarre for an RPG game that’s full of pickup and loot items to have such an issue.

The developers of Cyberpunk 2077 (Xbox Series X review | PS4 review) have responded to the problem on CD Projekt-owned GOG.com support page. The developers say that if the save file is damaged, it can’t be recovered. In this case, users can use an older save file to continue playing and try to keep a lower amount of items. “If you have used the item duplication glitch, please load a save file not affected by it,” said the developers, adding that the save file size limit might be increased in one of the future patches. 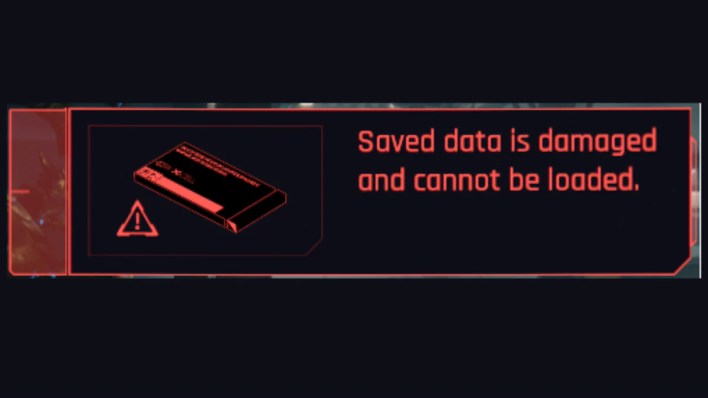 Cyberpunk 2077 save file size limit might be increased in one of the future patches
Photo Credit: GOG.com/ Support

The developers have already released two hotfixes – 1.04 and 1.05 – on various platforms since the launch of Cyberpunk 2077. Since the game is so buggy, players reportedly started getting refunds even after playing beyond the typical two-hour gameplay window. Cyberpunk 2077 later announced this on Twitter, saying that players can get a refund on their digital copy.

Sony recently removed Cyberpunk 2077 from its PlayStation Store and is offering full refunds for all gamers who have purchased the game via PS Store. Microsoft is also now offering refunds to players who bought the game from the Microsoft Store, though it has not delisted the game like Sony did. Additionally, Microsoft Store has added a warning message stating that players may experience performance issues when playing this game on Xbox One consoles.

Although the developers and the game itself looks to be on a sticky wicket, Cyberpunk 2077 recently tweeted from its official handle that it will be releasing “two large patches” in January and February to address issues players are facing on PlayStation 4 and Xbox One. The most recent Hotfix for consoles addresses issues related to a lot of individual missions-related bugs like Non-Player Characters (NPCs) disappearing, improper geometry, mechanics, and more. There are some gameplay improvements such as reaction times of NPCs taking cover, and visual bug fixes include T-posing NPCs, changes to HDR, and UI overlap issues, among others.

Is MacBook Air M1 the portable beast of a laptop that you always wanted? We discussed this on Orbital, our weekly technology podcast, which you can subscribe to via Apple Podcasts, Google Podcasts, or RSS, download the episode, or just hit the play button below.